I can’t believe that it is over five years since I last blogged. It’s with some amusement as well as embarrassment that I looked back on my last blog post on December 29, 2009. So much has changed in the world of digital sport - far too many things to talk about here. But it is interesting that two of the topics discussed in my last blog, user experience and the problem of silos within sporting organisations in regards to digital, are still relevant today.

User experience is now an accepted part of sport’s toolkit in developing new digital properties. The rise of mobile applications and tablet devices has meant that no longer are we just developing for one screen, we are developing for multiple screens with multiple contexts that exist in multiple environments. User experience including the emergence of user centred design is now a critical part of developing amazing experiences for sport fans - whether they are in the stadium, in the pub, or comfortably at home on the couch.

Amazingly what hasn’t changed in the last four or so years, in most sporting organisations, is the siloed nature of digital teams. Sometimes teams are part of marketing, sometimes part of IT, part of media and communications, or scattered across all these areas. Occasionally they are on their own. There is still a significant amount of work to develop the digital capabilities of sporting organisations. Hopefully I can touch on some of these areas in later posts.

But why write again? Two main influences. Over the last couple of months I’ve been listening to my dad talk about the joy he gets out of writing – he’s an accomplished publisher and poet. He’d recently written a number of poems that were completely different to any that he’d written before. I could tell he was extremely excited about having found a new way to express himself, and it was great to see the enjoyment that he obviously got out of writing. On reflecting on this, I realised that whilst over the last several years I have had an amazing journey in the world of digital sport, I’ve committed very little of that journey in writing.

Coincidently, around the same time I watched the movie Lucy. It’s an action sci-fi thriller starring Scarlett Johansson and Morgan Freeman. It’s certainly not one of Morgan Freeman’s best films, but one line made me reflect. In his wonderful voice, Freeman pondered “If you think about the very nature of life, I mean from the very beginning, the development of the first cell, divided into two cells, this whole purpose of life has been to pass on what was learned, there is no higher purpose. So if you’re asking me what to do with all this knowledge you are accumulating, I’d say pass it on, just like any simple cell going through time.”

It’s time for me to pass it on.

I admire this article for the well-researched content and excellent wording. I got so involved in this material that I couldn’t stop reading. I am impressed with your work and skill. Thank you so much.Purchase Your Digital Properties 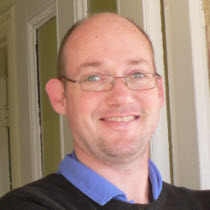